60% Of All Loans on Yield Credit use AMPL as Collateral

Since Yield Credit ($YLD) launched on 8th March, the lending requests continue to pile up on the platform; 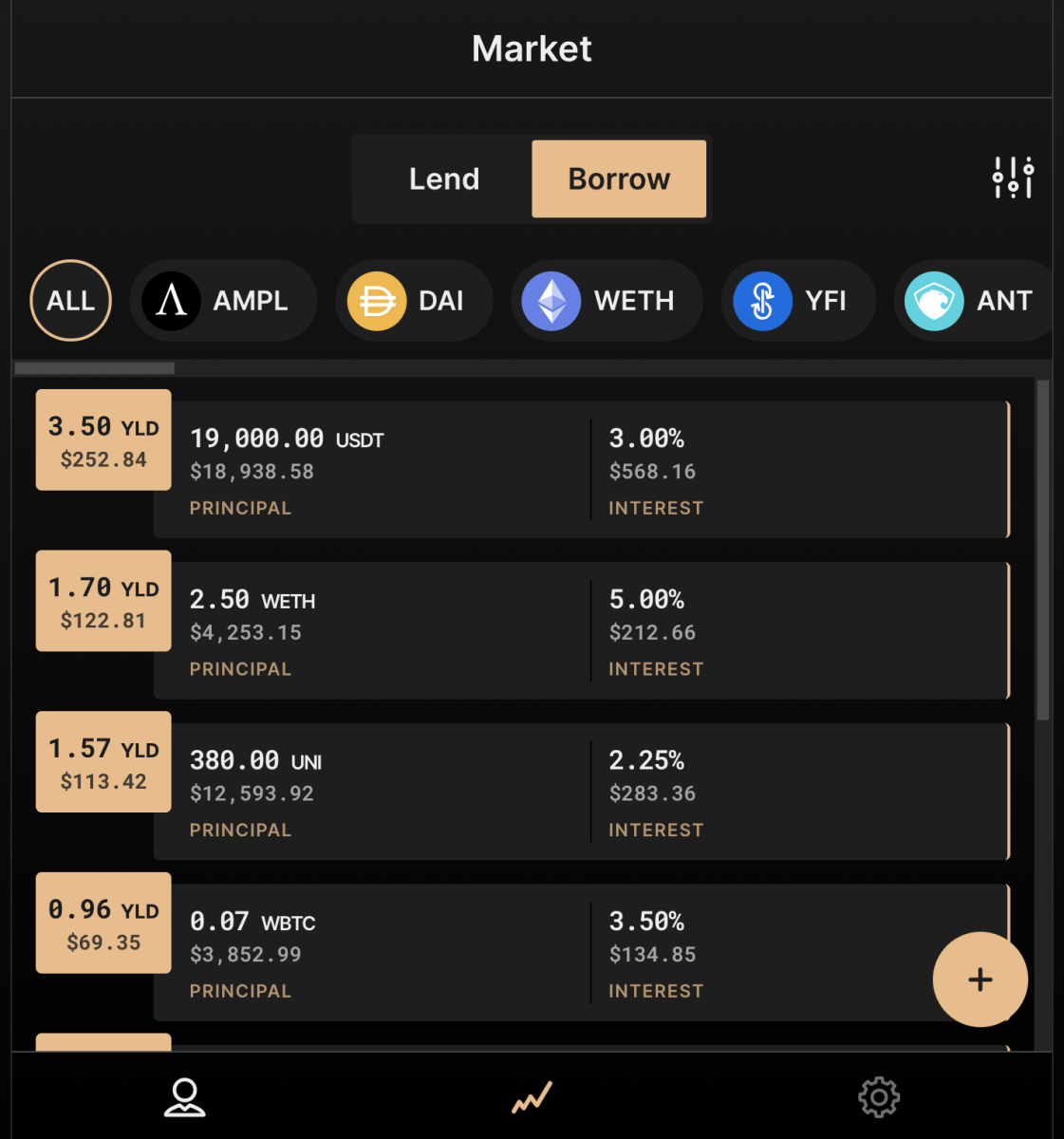 These are requests from lenders that have put up funds for other borrowers to be able to come and take out loans.To withdraw their loan, borrowers will have their collateral deposited in any of the over 30 assets that are already integrated into the platform.They would pay the interest rate fee shown and would also receive a reward of $YLD when repaying their loan back on time.

As I was digging into the types of loans people had put out, I became quite interested in the most popular asset was used as collateral to fill loans so I went through their address of executed loans;

Digging through the data, I did some math, and here are the results.

Why should I buy WETH?Borrowers will usually just take out a loan in either $USDT or $ETH by overcollateralizing the loan with $AMPL. They would then use that loan to go and buy more $YLD to increase their holdings.

There has also been a couple of instances in which a borrower would use $AMPL as collateral to take a loan in $USDC/$USDT and then use the loaned funds to go and buy more $AMPL.

Although we are still in the very early days, the fact that there has already been a total of almost $90,000 locked into the smart contracts to take out loans is very promising progress. It shows that the platform is running smoothly since launching with no bugs showing up within the protocol.

Eventually, every ERC-20 token with a Chainlink oracle will be opened up to be used as collateral, providing an option for everybody holding these tokens to be able to come and take a loan.

On top of all of this, Ethereum Gas fees are quite high right now, making it extremely expensive for users to take out a small loan on the platform.Additionally, $YLD isn’t even allowed to be used as a collateral option. That would require a Chainlink oracle before cash could be deposited via this method.

As mentioned on their Mainnet announcement post, Yield will be launching on top of the Fantom Network which should help to drive transaction fees down to under $1 for taking out a loan. Once that goes live, the entire platform will be flooded with users as they wouldn’t have to pay over $200 in the Ethereun network fees to take out a loan.

For now, we can take much comfort in knowing that after three weeks of running the Yield Credit platform has had a stability check in a live scenario and is showing no signs of weakness as it works from A to Z as described.

Exciting times are ahead.Yield will be launching on the Fantom Network as mentioned on the mainnet announcement post, which should lower the transaction fees for taking out a loan to below $1.Go $YLD.